‘You have to try and work with the young people’ 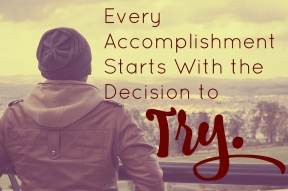 Can you tell us about your work as a juvenile liaison officer?

My name is Ciara Moran and I work as a Garda juvenile liaison officer, in plain clothes with young people 12-18 years of age, who have come into contact with the Gardai. We deal with young people for underage drinking, assault, theft, criminal damage, road traffic offences, public order, anti social behaviour. I have been in this specialised role now for 5 years. The
Children’s Act 2001 formally established the JDP and the law states that young people who commit criminal offences are to be dealt with by means of a caution instead of the formal process of charge and prosecution. A caution is a warning given by the Garda JLO and essentially is a second chance which will not recorded as a criminal conviction, which may impact their future down the line.

What does your role in Dóchas don Óige involve?

Dóchas don Óige is a GRETB run probation service for early school leavers or those who are not in a formal education system. If a young person comes to me, who may have been expelled from school and it is clear that main stream education is not for them, then I would speak to staff in Dóchas don Óige Management and look to try and refer these teenagers there, in order to further their education in terms of gaining their QQI Level 3 and 4. It’s also about breaking down barriers and being a role model to these teenagers.

Can you tell us what impact does working with Dóchas don Óige have on you?

I find the staff very easy to deal with, as well as the staff being very sensitive to the young people there.

What is the biggest sense of achievement you get from your job?

The biggest sense of achievement I get from my job would be keeping the young people out of the courts and giving them a second chance. It’s also very rewarding helping these young people through difficult times. Some people do grow up in difficult circumstances and seeing these people get on the straight and narrow is a big accomplishment.

‘…and giving them a second chance.’ 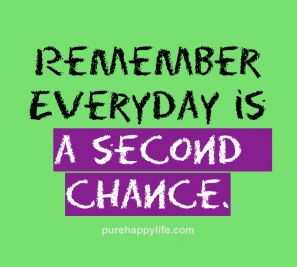 What do you think are the biggest challenges facing the youth of today?

Peer pressure is a big thing affecting young people in society. There is also the element of financial difficulties which can lead to theft, as many of these people may not have money for clothes or makeup and resort to stealing. The whole culture surrounding drinking is a big issue and we (young and old) seem to turn to alcohol to celebrate and to help us deal with situations. Another challenge facing young people I think is connected to mental health and talking about their feelings. There are well established services in the city to help young people through rough times and it’s about encouraging young people to open up and talk, rather than walking their personal difficult journey alone.

What do you think can be done to prevent young people from re-offending or from being in a position of risk?

You have to try and work with the young people and try to get them to distinguish right from wrong, and teach them the implication that re-offending may have down the line. We also work closely with Garda Diversion Projects here in Galway, who carry out Intervention Programs with young people at risk of re-offending.

How does Dóchas don Óige help the young people who come to the centre?

These young people get a sense of achievement from attending. Not only do they get an education, but they gain a sense of belonging as their voices can be heard. There are also a lot of positive role models in Dóchas don Óige who reward these young people with trips away when the boundaries put in place are respected. These young people also build up great relationships with the staff there, and many even call back to visit every now and again to catch up and have a chat over a cup of tea after they have left.

We use cookies on our website to give you the most relevant experience by remembering your preferences and repeat visits. By clicking “Accept All”, you consent to the use of ALL the cookies. However, you may visit "Cookie Settings" to provide a controlled consent.
Cookie SettingsAccept All
Manage consent

This website uses cookies to improve your experience while you navigate through the website. Out of these, the cookies that are categorized as necessary are stored on your browser as they are essential for the working of basic functionalities of the website. We also use third-party cookies that help us analyze and understand how you use this website. These cookies will be stored in your browser only with your consent. You also have the option to opt-out of these cookies. But opting out of some of these cookies may affect your browsing experience.
Necessary Always Enabled
Necessary cookies are absolutely essential for the website to function properly. These cookies ensure basic functionalities and security features of the website, anonymously.
Functional
Functional cookies help to perform certain functionalities like sharing the content of the website on social media platforms, collect feedbacks, and other third-party features.
Performance
Performance cookies are used to understand and analyze the key performance indexes of the website which helps in delivering a better user experience for the visitors.
Analytics
Analytical cookies are used to understand how visitors interact with the website. These cookies help provide information on metrics the number of visitors, bounce rate, traffic source, etc.
Advertisement
Advertisement cookies are used to provide visitors with relevant ads and marketing campaigns. These cookies track visitors across websites and collect information to provide customized ads.
Others
Other uncategorized cookies are those that are being analyzed and have not been classified into a category as yet.
SAVE & ACCEPT